It's been rumored for a while!  Now, it's official!!!  FOX is reviving my favorite show of ALL TIME...The X-Files!!!

I've been asked my thoughts on this.  So, here you go!

I was an X-Phile since the very beginning.  I started watching in High School.  I was pretty active in extra curricular stuff in HS (you know...band, theatre, flirting with chick).  Back in the days of VCRs, I had a tape labeled with "The X-Files."  Everyone in the house knew that this tape was not to be used for ANYTHING else.  Because, no matter what I had going on, I would NOT miss a single episode of Mulder and Scully's search for the Truth!!!

Fast forward to college, I continued to be obsessed.  I even drug my dorm mates into my obsession.  We would get together in Michael Paine's room across the hall (I didn't have a TV in my room) and watch.

Even in the end, when it started to get lame (particular during the Agents Doggett and Gish year), I watched...even if I was surfing the internet at the same time.  I didn't like the end of the series.  I barely remember it.  I just remember I didn't like it.

Let's not even talk about the 2nd movie.  I like to pretend that one doesn't exist.  Kinda like Indiana Jones and the Kingdom of the Crystal Skull.

Anyway...despite it's faults at the end, it still remains my favorite show of all time.  Even more than LOST.  When I heard that they were bringing it back, I became cautiously optimistic!

The first rumors I heard made it sound like a reboot.  You know, like JJ Abrams' Star Trek, Battlestar Galactica or the 15th version of Spiderman.  This really peaked my interest.  A new Mulder and Scully!  A new FBI complete with smart phones and Patriot Act capabilities!

But, it turns out that's not what this is.  It's actually David Duchovny and Gillian Anderson coming back to reprise the roles they created.  Ok...this could be interesting.  But...it leaves me slightly concerned.  Mostly about how it all ended to begin with.  Like I said, I didn't like how the X-Files ended.  I particular hated the 2nd Movie that shall not be named.  Is this all still part of the X-Files universe or will they simply pretend they don't exist like Bryan Singer did when he made Superman Returns?

But, honestly...what concerns me most about the X-Files revival is this.  It's only 6 episodes.  THIS ISN'T ENOUGH!  It's just going to be a teaser!!!  It's just going to make me want so much more!!!  Unless it sucks, but I am trying to stay positive.  I have high hopes that it will be amazing and I will want more and more and more!!!  More A.D. Skinner, more Krycek, more Lone Gunmen, more Cancer Man!!!

So, there you go.  I'm excited!  I'm super excited!  But, I'm nervous.  But, then I am excited again and disappointed that it's not enough!  Confusing, right?

Bottom line, though...I get to see Agent Scully again!  And, if there is one woman that has topped my list for a really long time, it would be Gillian Anderson and Dana Scully.

The Truth is Out There! 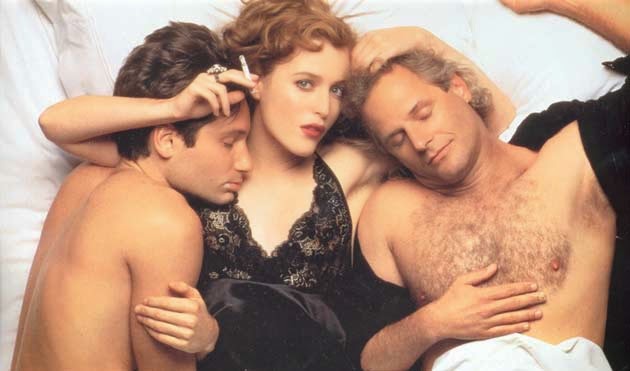