Showing posts from 2014
Show all

How grateful I am that 2014 turned out to be one of the best!

While it was overall a great year, not everything was happy.  Below are the Top 10 biggest events of my year, in no particular order.


I got engaged!  Probably the most obvious. :-)  I've said before, after my divorce, I figured I would never remarry.  And then I met Kim.  And, this summer, we get hitched!Hawaii!  I got to spend a week with my little man, my folks and the person who would go from girlfriend to fiancee on the trip.  An outstanding trip that will likely only be topped by next June's trip back to Hawaii!Desmond starts Kindergarten!  KINDERGARTEN!  Can you believe it?  I got a promotion and a new job!  Microsoft rewarded me this year with a promotion and a new role on the Global Recruiting team.  While I am sad that I can no longer call myself an "Xbox Recruiter," I just went from supporting one team to supporting the whole company.  On the sad side, …
1 comment
Read more

Here are just 10, in no particular order:
Life!  I am thankful for life.  Without it, I couldn't experience anything, much less the many blessings I've received.  I know life life is hard, harder for some than others.  But, overall, life is beautiful and I am thankful to be alive. My amazing little dude, Desmond.  His is such a gift to me and my family.  I know every parent is supposed to say things like that. But, I can't over emphasize how many times that kid makes me smile every day.  And, as a sub-note, I am grateful that I have an amicable relationship with Shaundar so we can co-raise this young dude to grow into a good, strong man. My family.  I have an amazing family.  They've been there for me through ev…
Post a Comment
Read more 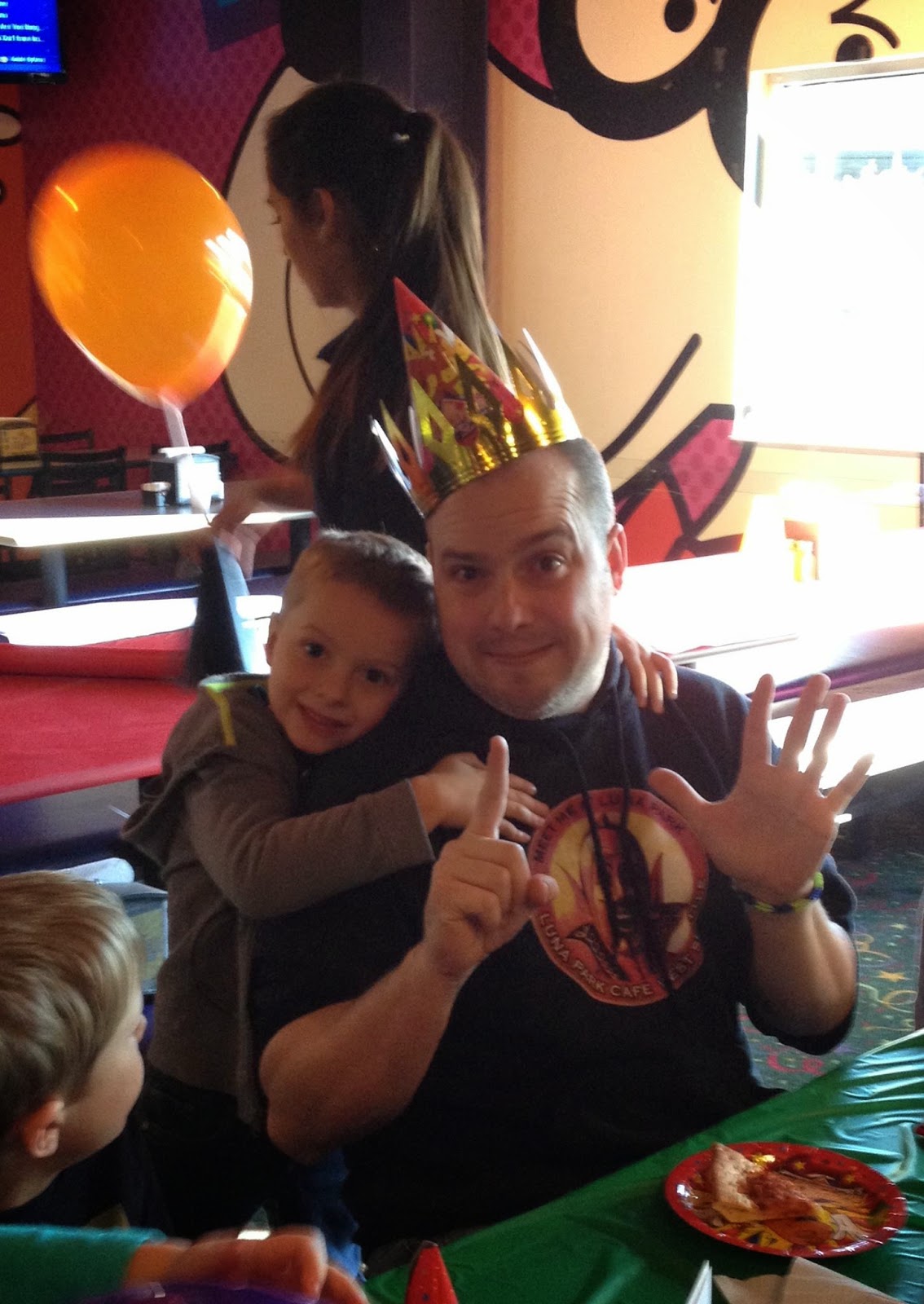 It's so funny to look back on my life over the last decade.  So much has happened.  Good, bad, great, horrible.

But, easily, the best thing to ever happen to me happened 6 years ago today.

My little man was born.

There is truly nothing that makes me smile more than my Desmond.  He makes me laugh so hard.  He cheers me up when I am down just by cracking up at his own jokes.

I love this little dude!  I am grateful he's in my life. 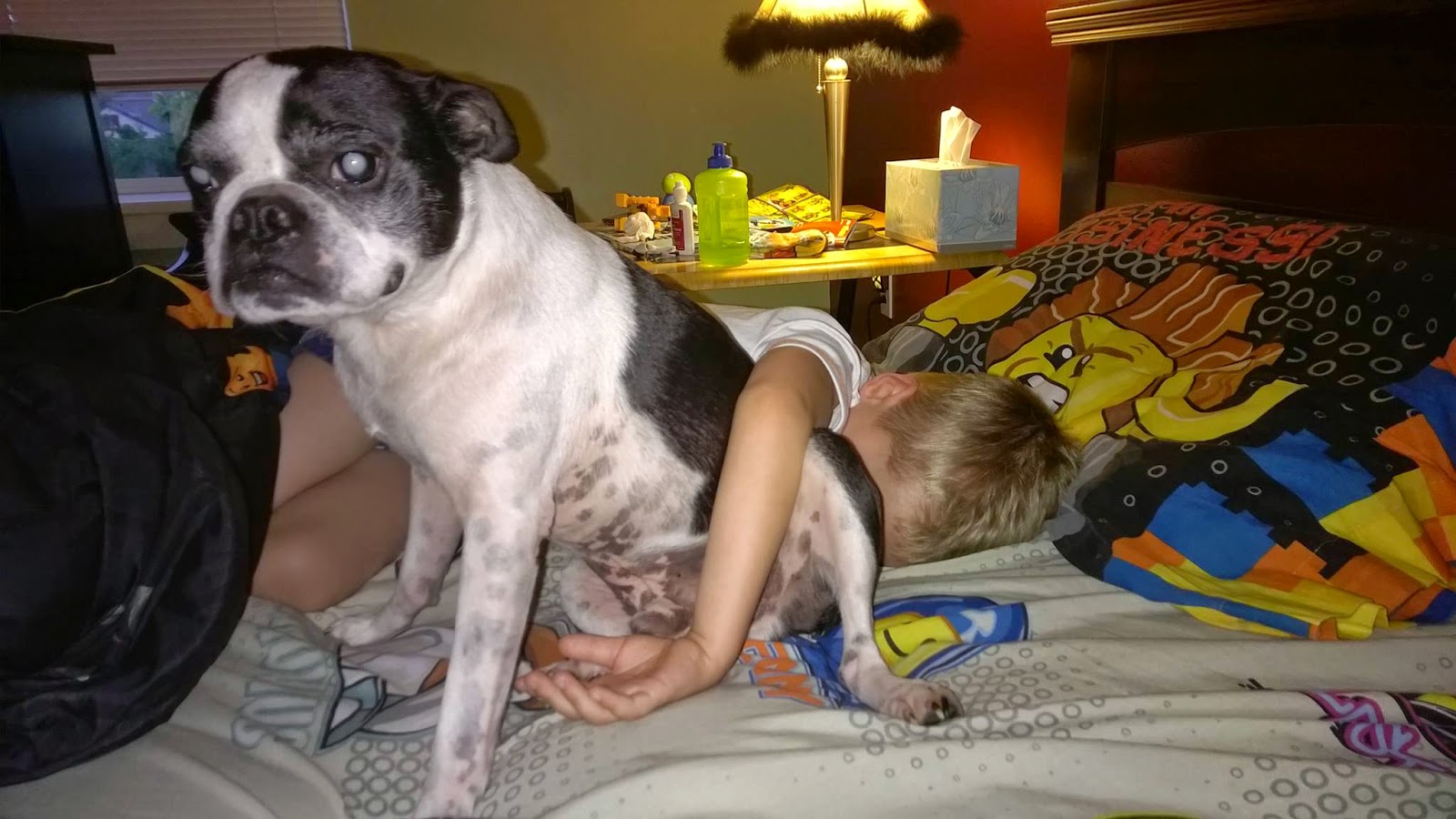 As promised...here are some pics of my little dude's 1st day of school!!!

Here is the very first 1st day of school pic.  As you can see, he is revving and ready to go!

Bunny ears for Dad.
Getting a hug from his buddy, Conner.
Our new family!
With almost step-mom Kim.
With Grandma.
Getting a kiss from Mommy.
On the way!
Welcome to Our Lady of Guadalupe!

The very very first day of school ever!  My little buddy is almost a student!

He's attending Catholic school in West Seattle.  And, I know I am biased, but DAYAM...he looks super handsome in his school uniform.

Getting Caught is not the same as Coming Out

- August 21, 2014
I frequent the Huffington Post.  It often pushes my buttons because I frequently disagree with what is posted there.  Not always.  Maybe not even most of the time.  But, often.

Here is one of those article that pushes my buttons.

Now, to be clear, before I get started, this is not a post about him being gay.  I am 100% pro-gay.  Those of you that know me know this.

This is a post about how it shouldn't matter if he's gay or straight or criss-cross.

In the article, the wife (they are married with children) discovers that her husband has been carrying on an email relationship with a dude.  She had suspected that he was gay for a year, she says.  These emails confirmed it…
Post a Comment
Read more

Optometrist lady asks, "Do things ever look blurry when you look at them?"

Des looks at her straight faced and says, "Only when I do this..." before crossing his eyes.


The next one, Des flashes me his Despicable Me tattoo and says, "I'm tougher than you! I have a tattoo!"

I flash him my REAL tattoo and say, "Whatever! I have a real tattoo! That's like getting a million shots. You just put yours on with some water."

Des thinks for a second. Then says, "Well, the water was FREEZING COLD!"
Post a Comment
Read more

I do not understand why the SCOTUS decision on Hobby Lobby has so many people up in arms.  I would like some clarification.

"Corporate CEOs shouldn't have a say in the health care choices of women."

I agree...they shouldn't.  And, that's not what the ruling did.  The ruling was specific to small "closely held" businesses.  Business who's owners are so few that there is no distinction between the values of the business and the values of the owners.

"Viagra is covered.  Birth control should also be covered."

Ok...2 things.  1st, Viagra is used to fix a health problem.  IE: Dude is supposed to be able to get it up.  Can't get it up.  Needs medical intervention.  Birth control is a preventative.  Women are designed to get pregnant.

Don't get me wrong.  I am not anti-birth control.  In fact, as a currently unmarried dude in a relationship, I am a big supporter of birth control.  My point thou…
Post a Comment
Read more

Me to Desi, preparing him for the new rules I plan to enforce: "I have told Grandma that she is not allowed to spoil you. You need to earn your presents."

Des: "Dad...why are you ordering Grandma around. She gets to order you around. She's your mom!"

- June 22, 2014
I was recently asked to consider being a PCO (Precinct Committee Officer) for the Republican Party.  In a nutshell, this means that I would be a representative for my precinct (which consists of about 10 square blocks), remind people to vote and be available to discuss policies and junk.

The first thing I said was, "I don't know if they would really want me.  I am not your typical Republican."

What do I mean by this?  Allow me to explain.

I once heard a radio host (actually, I have heard this more than once, but it was one particular time when it really hit home) who, at the time, was very fond of the tea party, explain that he is a Conservative first, a Republican second.

That right there is where I get annoyed.

To me, Republicanism does not always equal Conservatism.  I will explain later.

Next...when I attended the "victory" party during the 2012 election (victory in quotes because we lost most of the elections), I was remarkably put off by the distai…
Post a Comment
Read more 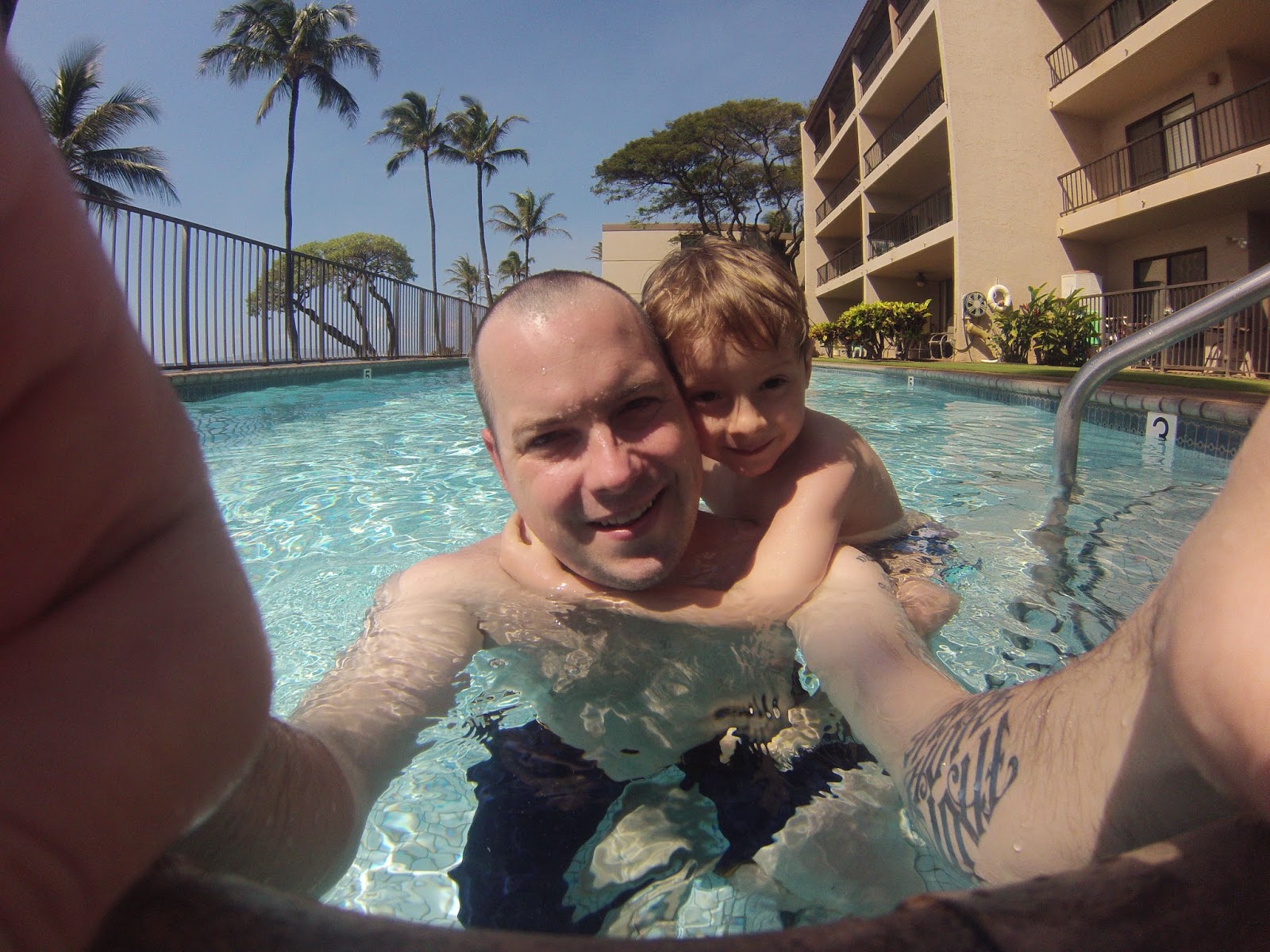 Last week, I returned from an amazing trip to Maui!  Last year, when I got my Microsoft bonus, I decided I wanted a nice big, long, real vacation.  Disney to start 2013 was a vacation.  But, I spent a significant amount of time during that vacation running.  I wanted a vacation where I did nothing but relax and have fun.  So...bring on Maui.

Now...I haven't told my 9 blog readers much about Kim.  Realistically, most of you already know me, therefore you know about her already.  For anyone stumbling across this blog, you'll find pics in here of Kim.  She's gonna marry me next year.  But, I'll talk about her some other time.  Right now...here are some Hawaii pics for the grandparents who don't use Facebook.

Some activities on the trip: swimming (obviously)…
1 comment
Read more

- April 16, 2014
So...in case you didn't know (aka...you are a heathen), it's Holy Week.  Beginning with Palm Sunday last weekend and ending with Easter Sunday this coming weekend, it's the week that we celebrate the death and resurrection of Jesus.  Yadda, yadda, religion, religion.  Bet you didn't come here to listen to me preach.

I wanted to talk about the Pope.  Pope Francis...my favorite pope ever in the history of popes that I actually know anything about.  Which is actually not very many.  Peter, John XXIII, John Paul II, Pope Joan, Ringo and Francis.

I don't know if this is done every year, but according to the National Catholic Reporter, His Popiness will be washing the feet of a bunch of people on Thursday.

For all of you who are going to Hell...Thursday is the day when we celebrate the Last Supper.  Catholics teach that, during the Last Supper, Christ washed the feet of his apostles, basically kicking off the priesthood.  So, many priests, bishops and popes have rec…
Post a Comment
Read more

I purchased pankow4president.com in November 2012.  During the following year, the card I used to make the purchase expired.  I updated in Google Wallet, but apparently that wasn't sufficient.  I am getting monthly-ish mails from Google telling me the payment failed and my blog will expire if I don't pay the soon.

Only, when I go to pay them, they tell me I don't have an admin account, which is what I am supposed to use to pay them with.  I only have the one account with Google (actually, I guess I have 2, but I never ever ever use the other one.  Not even sure I remember the password.  Regardless, that one isn't an admin account, either).

I find myself in a position where I need to pay Google, but they don't seem to be very interested in taking my money.  What the heck is that about?

Anyway...it won't be disappearing until later this year.  I can't seem to find any solution.  And, in my hunt for Customer Serv…
Post a Comment
Read more
More posts