Run Disney and Goofy's Race and a Half Challenge!

Just got back from a vacation to Disney World with my folks and Desi.  Why Disney World, you ask?  Why drop the clams to fly to Florida when Disneyland is much closer.

See, I have decided to reboot myself in 2013.  It's hard to explain, but I needed to set some kind of goal for myself to kick off the new year and my new life.  I decided that a worthy goal would be to run a marathon.  Last year, I ran my first half marathon in Seattle.  This year, let's up the ante.  But...where should I do this?  A destination marathon would be more inspiring to keep me training and motivated to continue.  But, where to?

That's around the time I heard of RunDisney.  Apparently, Disneyland and Disney World occasionally hold running events at the parks.  This year happened to be the 20th anniversary of the Walt Disney World Marathon.  Sounds awesome!  Sign me up.

Oh...but then I learn about this thing called Goofy's Race and a Half Challenge.  To complete the Goofy, you have to complete the half marathon on Saturday AND the full marathon on Sunday.  Keep in mind, I learned this while sitting at a bar with a buddy getting drunk.  Sounded like a horrible and remarkably stupid thing for someone like me to do.

So...I went ahead and signed up.  Cuz I am stupid.

The race was last weekend.  Let me tell you about it.

It was AWESOME!!!  Now, if you remember my postings from last year, while I was training for the Seattle half, I hate running.  This hasn't changed even though I am running much more frequently then I was then.  I still hate it.  It doesn't feel good.  I can never seem to find that magical zone people talk about.  I just generally don't like it.  However, it happens to be the easiest way to exercise and keep yourself in shape when you are busy working and getting divorced and being a single dad and junk.

But this race was incredible.

We arrived on Wednesday.  My parents joined us, which was great as Desi had someone to hang out with while I ran.  On Thursday, we hit the park.  A full day at the Magic Kingdom.  I love this place.  Characters, music, parades, etc.  Yes...I know I am a nerd, but few places make me as happy as Disney.  Marketing genius on their parts.

On Thursday night, because it's my elderly parents favorite restaurant in the world or something, we went to Golden Corral.  Big mistake.  In the wee hours of Friday morning, I was yacking in the toilet.  We didn't do much that day.

Saturday was the first race!  A half marathon through Epcot Center and the Magic Kingdom.  I took it slow because A) I had another 26.2 miles to run the next day and B) there are a shit ton of characters to meet!  I am a sucker for Disney characters.  I am a 35 year old man but I still love to give Mickey, Donald and Goofy a big ol' hug!  The race went well.  I felt good!

Until the next morning when my alarm went off at 4:00 AM.  At that point, I was questioning my judgment.  But, I got up and headed back to Epcot.  The full marathon was harder...obviously.  I was keeping really good pace with a pacer.  I didn't take as many pics for the full because I had to be conscious of my time (they pick you up if you don't keep a certain pace) and the pacer waits for nobody!  I ended up hurting my knee around mile 16 which slowed me down further.  I haven't seen my final time, yet...but I think is was somewhere between 6 and 6:15.  Slow...but, I'll still take it. :-)

As a vacation, it was great!  Desi had a blast!  I had a blast.  My folks (I think even my dad) had a blast!  Would I do it again? Absolutely!  Although, it won't be soon because, everything considered, it wasn't a cheap trip.

Pics below.  In no particular order because I am too lazy to move them around.  2013 is starting off well, so far!!! 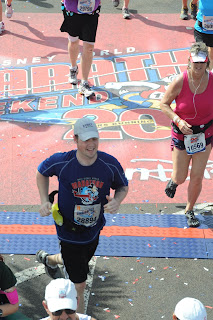 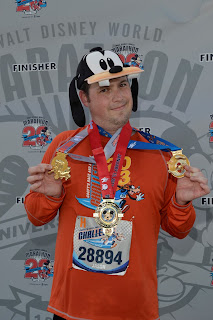 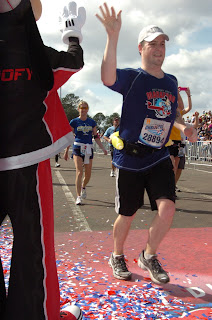 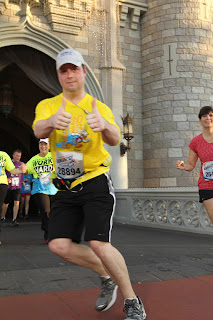 Running out of the castle during the 1/2 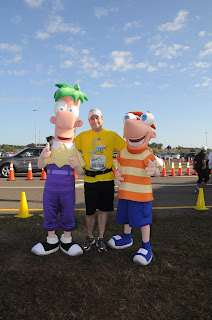 Mom! Phineus and Ferb are hanging out with runners, again! 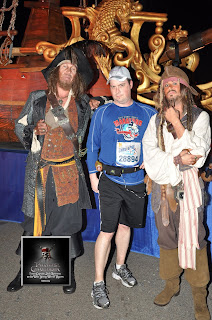 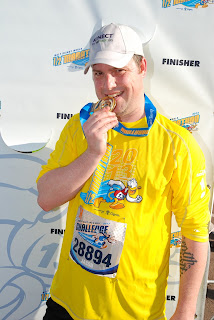 After finishing the half. 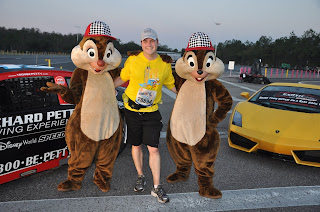 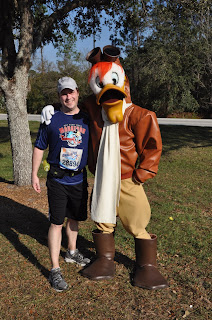 Launchpad McQuack! I love this guy! 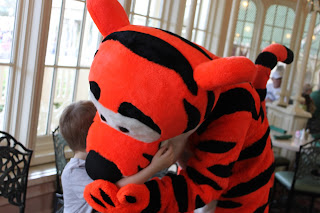 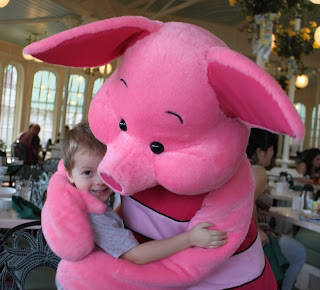 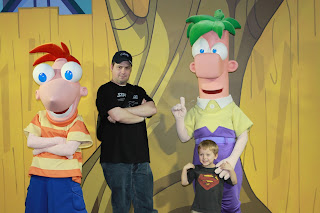 Can't get enough of Phineus and Ferb, apparently.  Where's Perry? 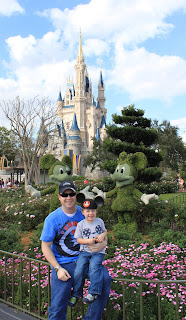 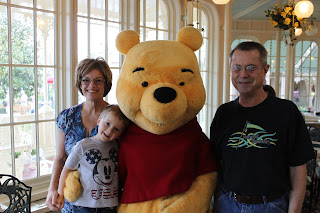 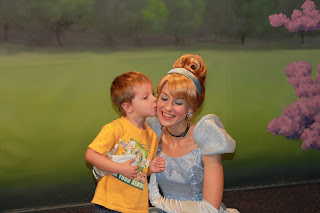 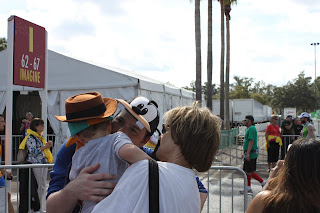 With my best little fan. 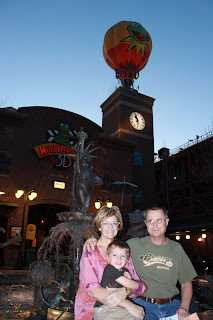 My folks and my kid. 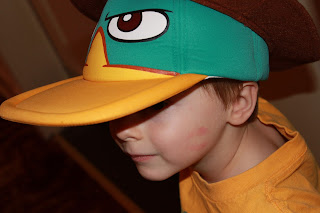 After flirting with Cinderella. 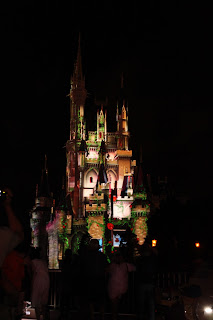 Cool light show on the castle. 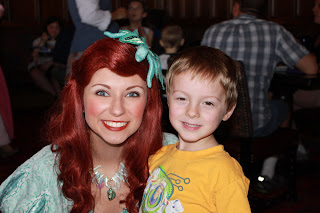