So, there has been a lot of talk about mental health, lately. Which is GREAT! There is so much stigma around mental illness. And, I won't lie. I do think there are folks that use it as an excuse. I remember a dude that I used to work with always saying that he was "So ADD!"  I was like, Bro...I actually have ADD. It's not just something you throw out there because you didn't get your job done.

Anyway,  I figured I would take this opportunity to talk about one of my own struggles.  It's timely because of something I am doing this week.

So, when I worked at Microsoft, every year I would participate in the Gonzaga Trek.  Gonzaga brings a group of business students through town every year and they stop at a few of the big companies for tours and information. Most of the years of my tenure at Microsoft, I would lead the Recruiting component of the Microsoft presentation: here's what we hire for, here's how you apply, here's how your resume should look, etc.

Well, in 2013, I had just wrapped up a shit year. Worst of my life. My divorce was just finalized and I was entering a period of severe uncertainly.  My mental state was not at it's peak, that is for sure.

Anyway, Trek comes around. It comes to my part in the presentation. I am standing at the head of a room full of college seniors, all in suits or business attire.  I begin my presentation.

About 5 minutes in, I have a panic attack.

It wasn't the last panic attack I would have.  But, it was the first.  And, I had no idea what was happening.

It started with sweating.  Like, heavy sweating...like I just spent 30 minutes on the Peloton sweating.  Then came a dizziness like I had just spun in 100 circles.  I was not standing at the podium, but I quickly made my way to it.  And, I made it just before I fell over.  I didn't fall over.  I caught myself on the podium.  And, I stopped talking.  Because I couldn't breath. Mike Tyson has just punched me right in the stomach. I was going to die.  Right here in front of a bunch of Business majors.

My colleagues had left the room (they didn't need to be there at this part). But, the students were all still starting at me.  One in front asked if I was ok.  Yes, I lied. Just got a little dizzy. I don't remember how long this went on.  Felt like 10 minutes.  I am positive it wasn't that long. But, I clung to that podium in silence for an awkward amount of time.

I didn't finish my presentation.  I told them I needed to get to another meeting.  And I left the room. To my colleague outside, I said I just got called into a fire drill, can they jump in.  Then I migrated to the rest room where I kneeled down at the toilet for a good 30 mins.  I argued with myself that I should call 911.  If I had been home by myself, I probably would have.  But, being at work, having just walked out of a presentation to my alma mater, pride wouldn't let me.

Finally, after my stint in the bathroom, I went back to my office. I had an office, back then. All to myself! I retreated to my office, closed the door and laid down on the floor. I stayed there for the rest of the day until I caught the final Microsoft bus back home.

At the time, I had no clue what that was.  I seriously thought I had caught some weird 24 hour bug that only lasted 5 minutes or so.  It wasn't until I discussed it with my doc that he told me I likely suffered a panic attack.  He drew blood, took my blood pressure, told me everything was fine.  Discussed meds that I declined (but would later start taking) referred me to a shrink and we called it a day.

Anyway, that was a pretty pivotal moment in my life. It's the first time I recognized that my mental health had a direct impact on my physical health.  I've always been just a bit different since that time.  My mental health has always been a bit...I don't want to say weaker...but, I have to be much more mindful of it since those days.  I do take an anti-anxiety drug still.  But, I haven't had a panic attack since 2013.

So, there you go.  Why is this a hurdle...well, for the first time since this story takes place, I am presenting at Gonzaga Trek!  They are visiting Alaska.  I skipped the Trek at Microsoft in 2014 (my last year at Microsoft) because I was still embarrassed about the year before. Hopefully, any of the GU staff that were there in 2013 have either moved on or forgotten. :-)

That's it. On Thursday, we try again!  Obviously, I am at a much different place in life, now. It doesn't change that my brain is reminding about that last time. And that leads to anxiety!  The drugs help, though. And so does the knowing that this is mental. And that I will be ok.

If you're suffering from anxiety, depression or any other mental health struggles, it's ok to ask for help. It's not shameful to keep yourself healthy. You hear folks preach about diet and exercise.  At this point in my life, I was training for the Goofy Challenge...a half marathon on Saturday followed by a full marathon on Sunday. Exercise wasn't my issue. Sometimes your brain needs some love and support.  Don't be afraid or ashamed to give it what it needs.

And remember Help is ALWAYS available. You can call me! Anytime.

Or, if pride hits you like it hit me, call someone else.

It will be ok! 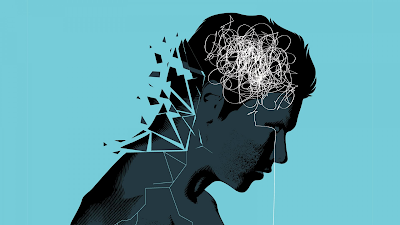