A couple weeks ago, Kim, Desmond and I spent the weekend in the Tri-Cities.

What are the Tri-Cities you ask?  Well...they are cities...and there are 3 of them.

One of these cities is called Richland!  It gets it's name from the Rich people that settled the land.  Or something.

Anywho...this is where Kim hails from.  It is also where her folks are.  So, we decided to throw some bags in the car and hike on over the mountains for some good ol' Tri-Cities fun!

I love Kim's folks.  I could go on and on about why they're rad, but my hands can only handle so much typing.  You'll get the gist of some of it by the end of this post, I think.

You may (or may not) know that my kid gets super shy.  He's a total introvert.  Until he gets to know you, then you can't shut him up.  He has met Pam and Clark (Kim's parental units) a few times before, but it's only been for an hour here, 2 hours there...not much consecutive time.  So, Kim and I were a tad nervous that he would just sit around and be silent and not do anything the entire trip.

In fact, the amount of time it took for him to get comfortable enough to ask Pam for something I already said No to must be a world record.  Clearly, he knows a grandma when he sees one.

Ok, so...we arrive and one of the first things we are shown is a place in Clark's garage where there are 3 wooden letters mounted to wooden plaques, carefully decorated by young hands!  The letters are A, M, and N.  Avery, Maeson and Noah are Pam and Clark's grandchildren.  Kim's sister Karen's kids.  Anyway, on the work bench underneath sits the letter D.  All set to be mounted and decorated.  Come on, guys!!!  I just walked in and your pulling at my heart strings!  I already like you!  GEEZ!

Bonus points because of what's spelled when you ad the D.

I'm starting with the D, but sadly, we didn't get to it.  Why?  Because we were having too much fun doing other things!

Like climbing a kick ass tree in the front yard: 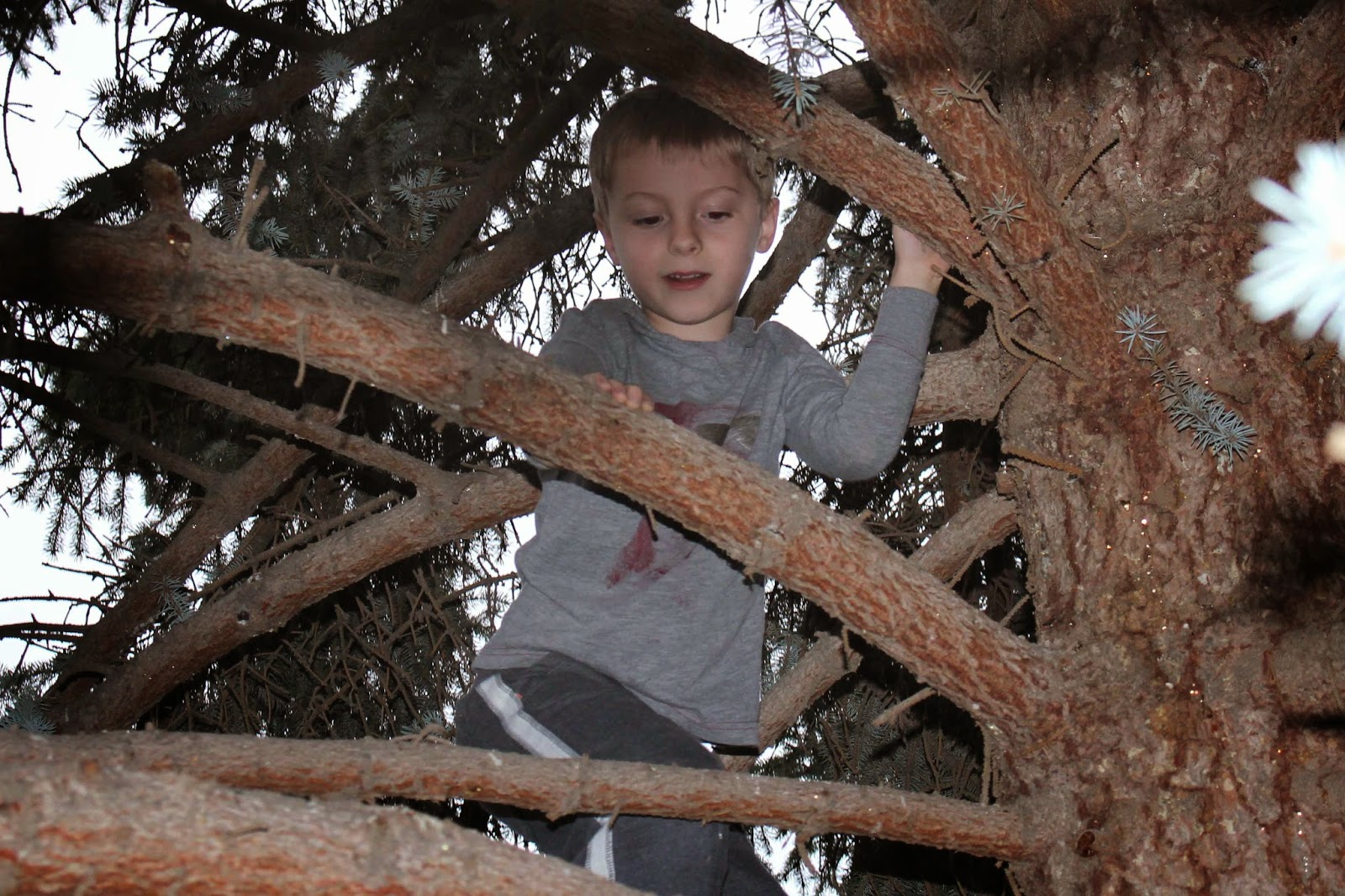 (Here's a video. He got pretty high.  He was pretty ticked when I told him to stop because there was a lot of tree left to conquer.  I wasn't positive I could climb up to save him if he got stuck.) 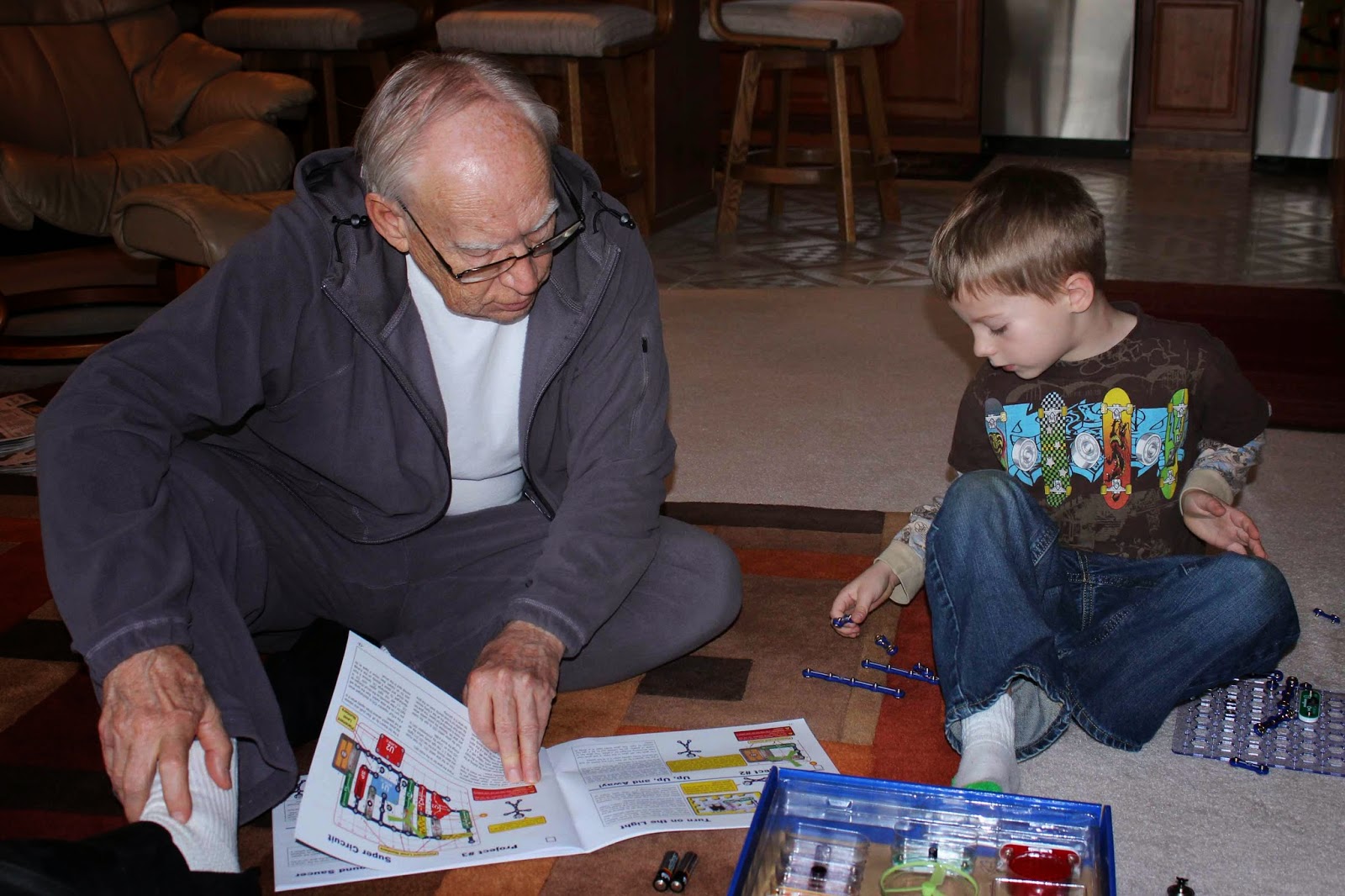 Or...like waking up before Dad and Kim and getting Pam to hang out on the couch and watch TV while wearing Clark's sweater: 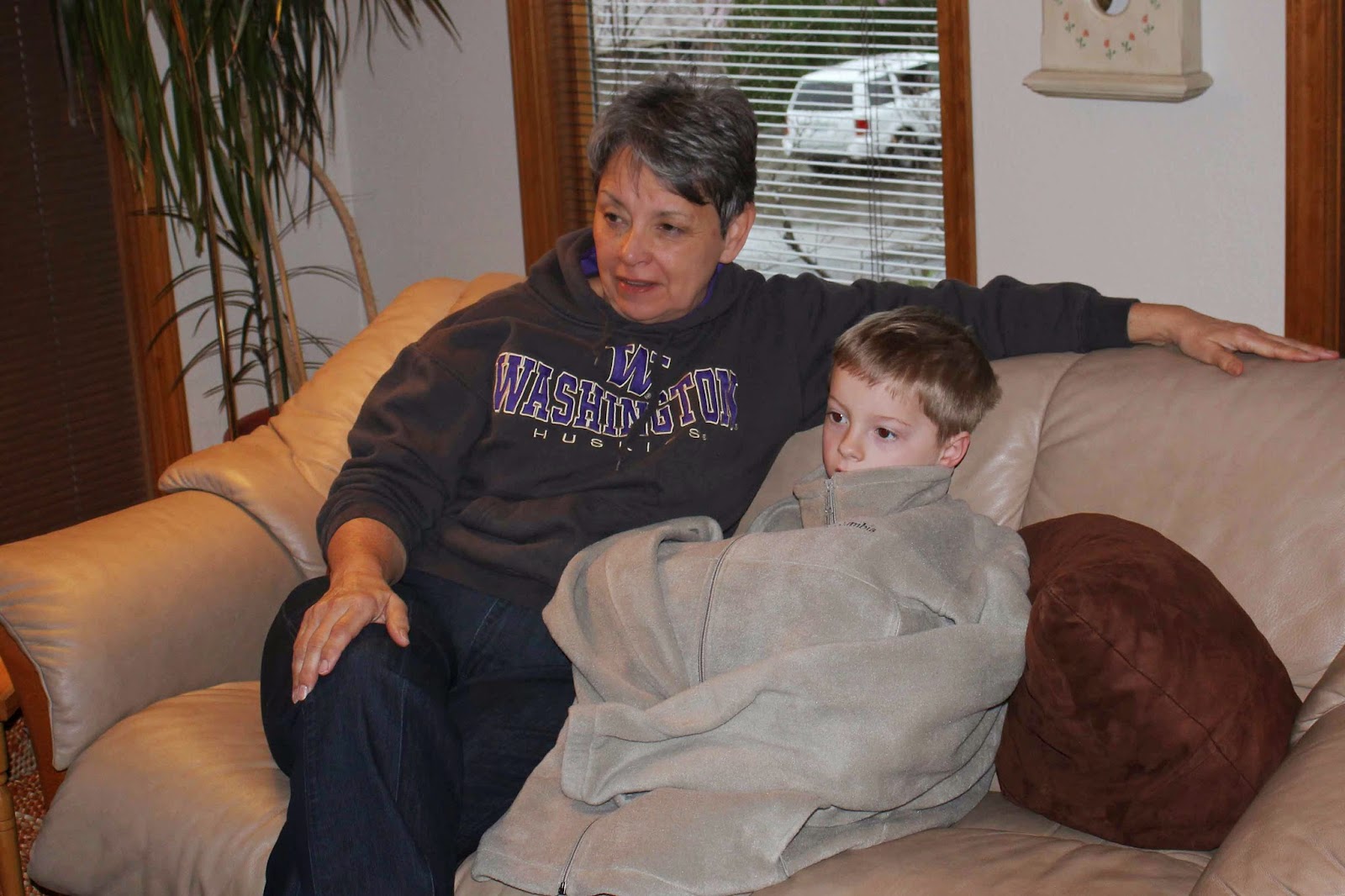 Or...probably the highlight of the trip, designing and assembling a new house for Bob, the Pet Rock: 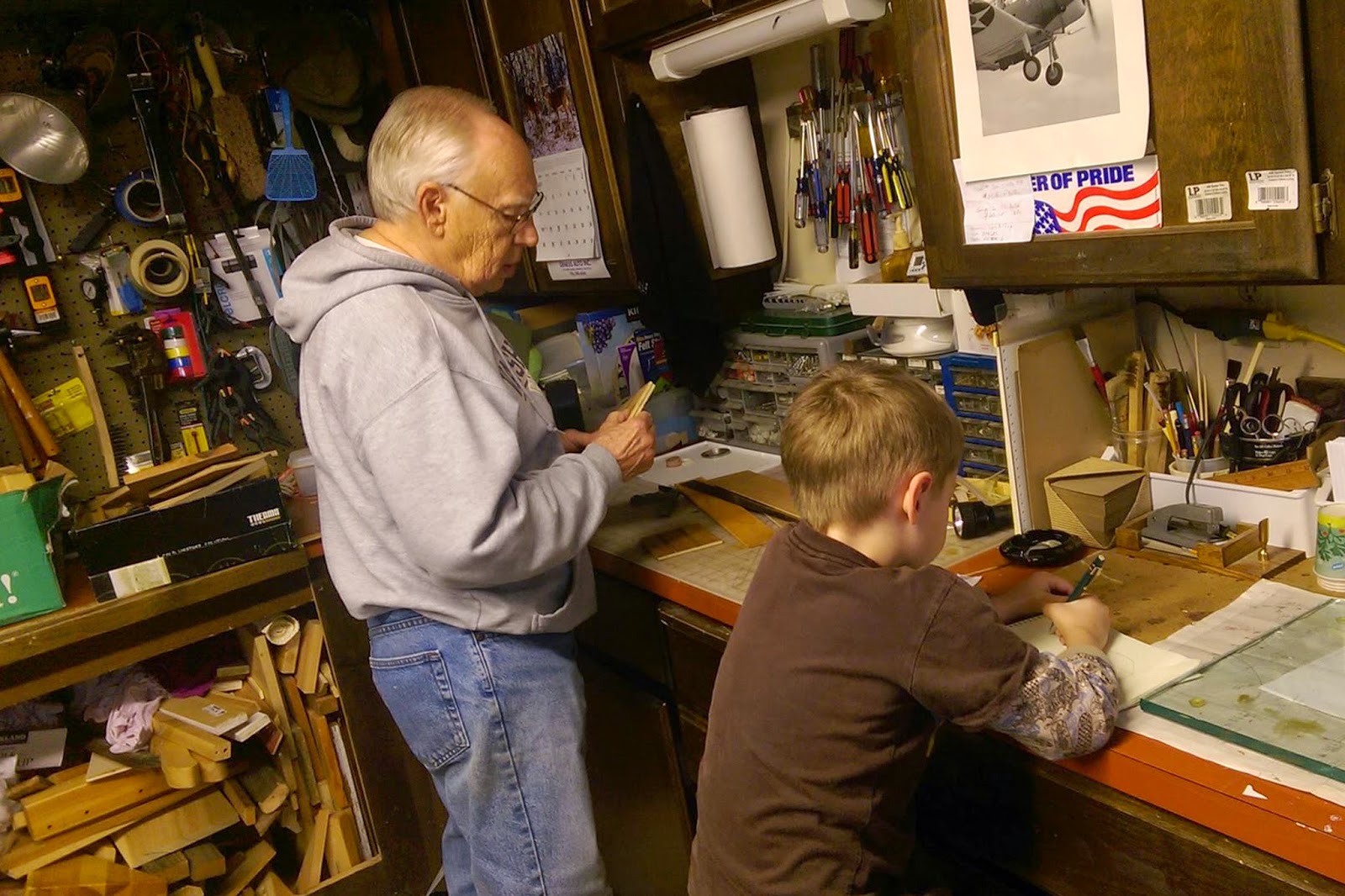 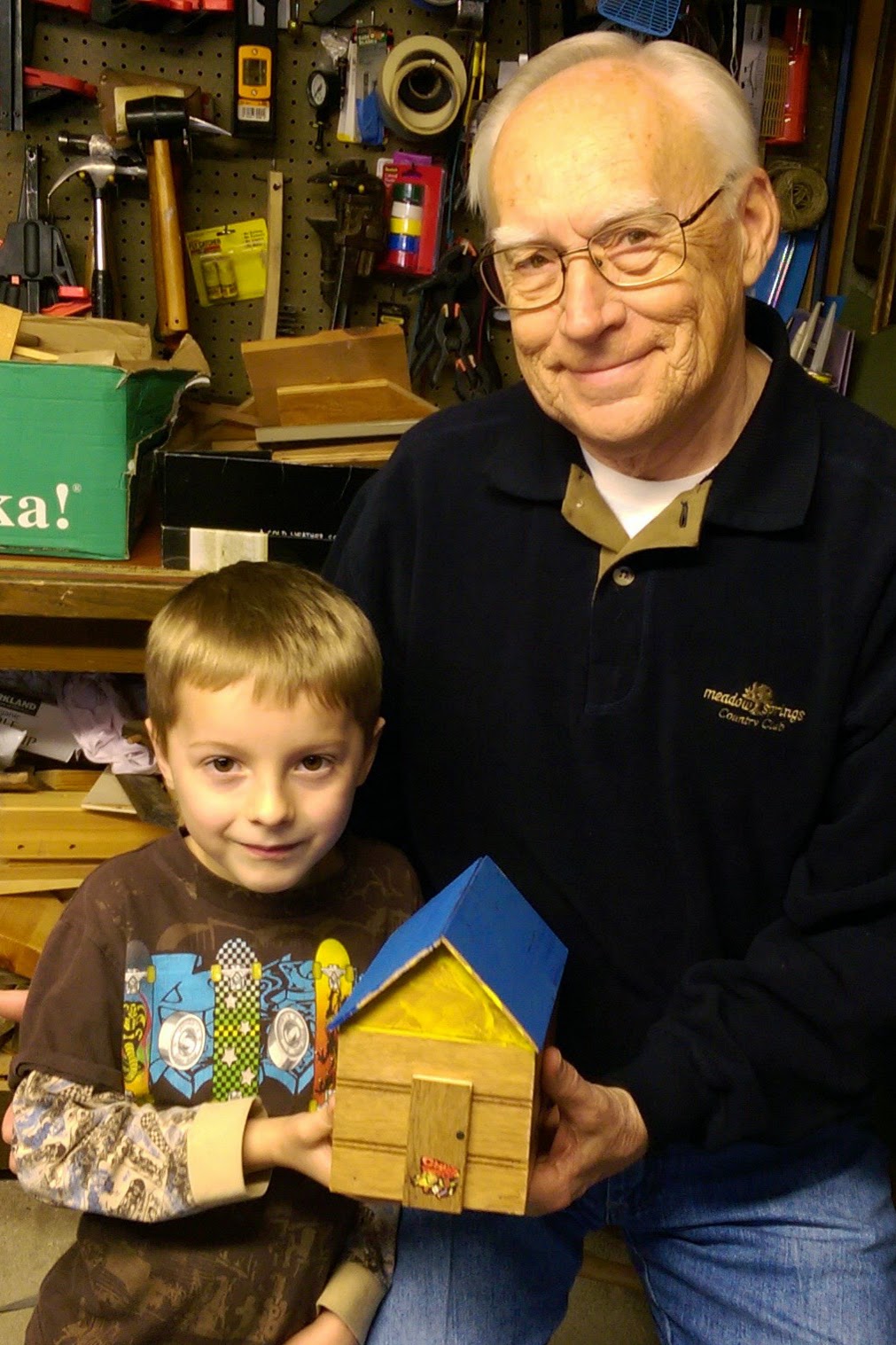 I think the best way to sum up the trip for all involved:  Nailed it!

Of course, I got to eat a ton because Pam is an amazing cook.  We all got to gibber gabber about the upcoming wedding.  Kim picked up her wedding dress, which I am not allowed to see because of bad luck or something.  Des got to play with old lego sets and run around at the park in very beautiful weather.  And even throw in some fun time with the offspring of one of Kim's BFFs.  Not sure if Desmond remembers their names...but, he definitely remembers the movie trailer they made together.


Thanks Grandpa Clark and Grandma Pam!  That was a totally rad trip! 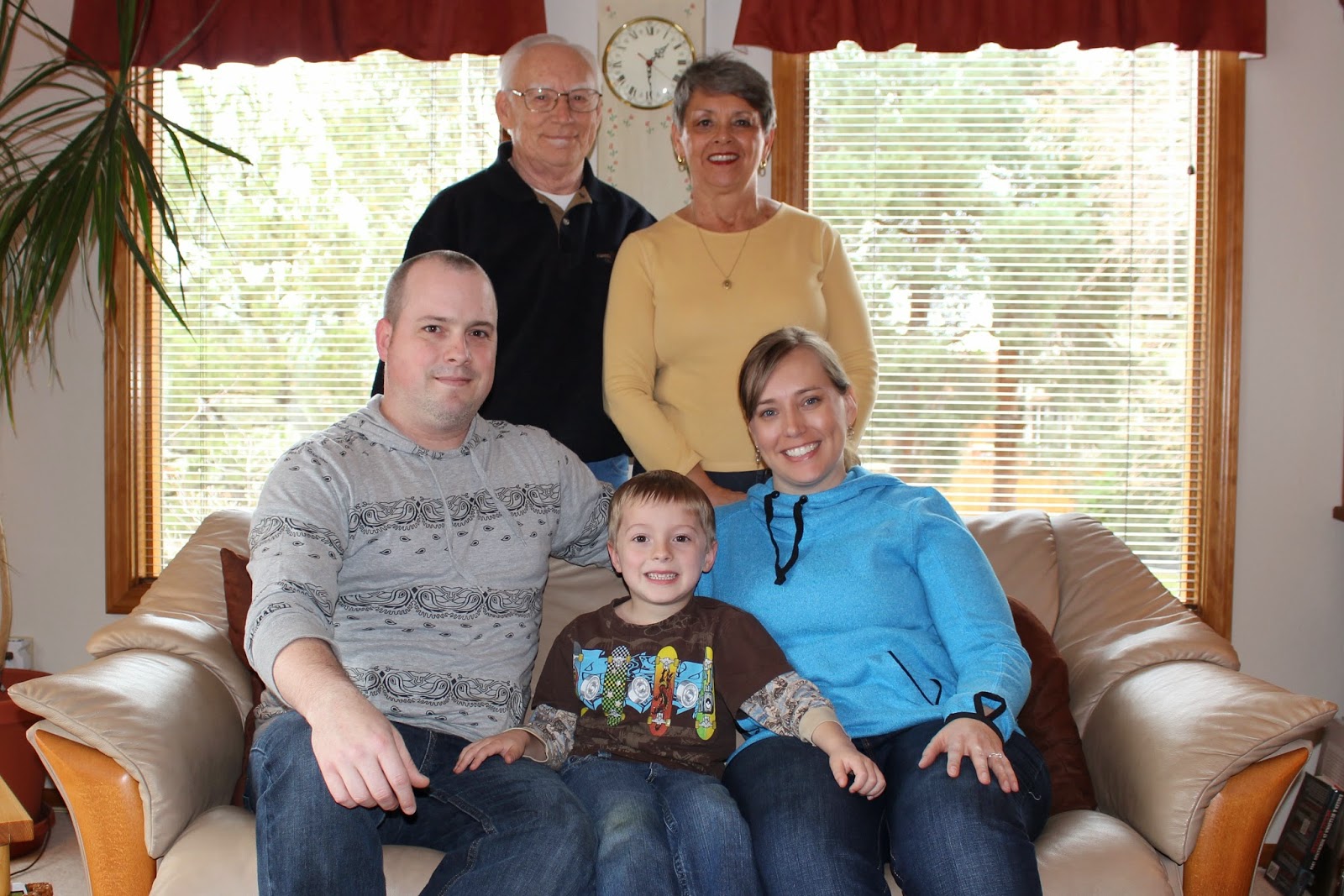