We joined some friends, recently, for a ride on the Santa Train.  Basically...we hop on a train in Northbend.  We ride the train for about 15 minutes until we reach the North Pole: also known as Issaquah.  When we arrive, we get hot chocolate and stand outside as we wait to see Santa.

This is a very popular Northwest tradition.  I am guessing most people start this tradition in better weather.  For us, it was pouring rain on us the entire time.  It was also pretty windy.  Oh...and cold. Shaundar and I were pretty miserable.

But Desi had a blast.  Here's some pics of him and his buds.


This picture was actually taken BEFORE the trainride. 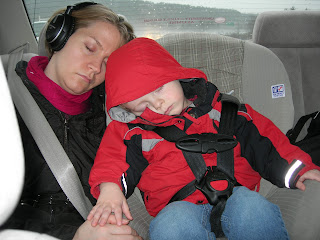 Did I mention the crappy weather? 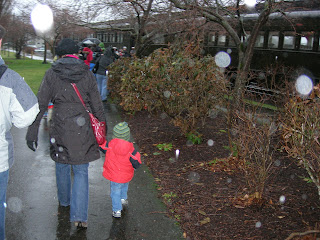 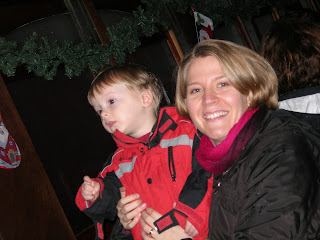 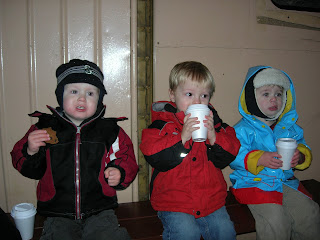 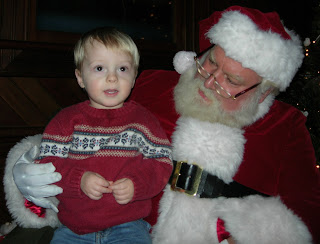 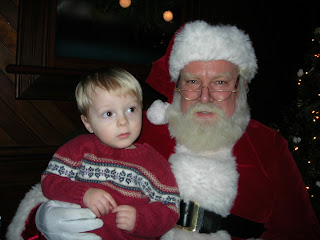 After sitting on Santa's lap, Desi saw this stuffed Santa.  He went running back to the big Santa to announce, "That's you, Santa!" Just in case Santa didn't notice the stuffed object in the corner looked remarkably similar. 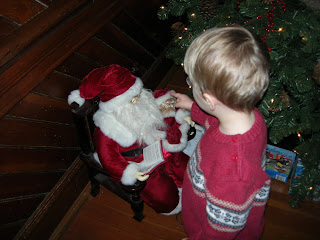 Santa handed out candy canes after we boarded the train for the ride home. 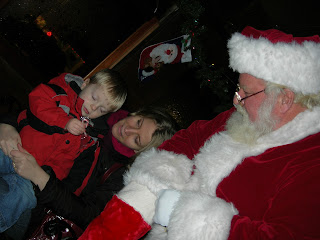 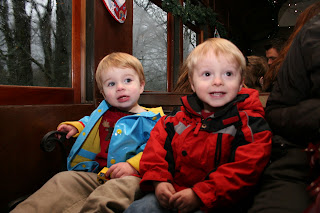 We tried to get a picture of the kids in their Christmas sweaters, but they were too busy watching Elf. 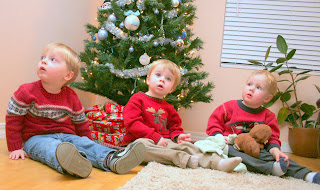