My kid hates taking showers...except that one time

Lately, getting Desmond to take a shower has been similar to getting Trump supporters to admit their candidate is an idiot.

In fact, just this weekend, we were preparing to go to the symphony.  We were getting off a long week of outdoor summer camp AND an overnighter with his buddy Connor.  So, lots of running around and getting sweaty and gross.  So, I made him take a shower before the concert.

(The performance was Harry Potter and the Sorcerer's Stone in Concert...the Seattle Symphony played the soundtrack to the movie while it was projected on a screen above the stage.  This is the 3rd such performance I have been to.  Psycho and Looney Toons being the other two.  So much fun!)

He goes in to the bathroom and comes out wet.  He gets dressed and walks to me while I am changing Opie.  Desmond puts his arms on the dresser/changing table and I instantly get a whiff of what smells suspiciously like BO.

I stick my nose in Desmond's armpit.

Honestly, I'm not even sure he got in the shower.  His pits were disgusting.  I smelled his hair, too.  Also gross.

"You didn't do anything!  Get back in there and take another shower!"

"I already took one!  I hate showers!  I don't stink!"  Whatever.  Lots of complaining.  And, he complains all the time.  Every time he has to take a shower.

I don't remember doing this when I was a kid.  Maybe I did, but I don't remember it.  I do remember playing in the bathtub until I was, like, 16 or so.  I had these little guys that would always battle each other in the bubbles.  It was awesome.  Wish it wasn't weird to play in the tub as an adult.

Anyway, getting Desmond to clean himself up has been a big pain in the butt.

Except this one time....

Yes, there was one time, recently, that Desmond didn't fight to take a shower.  In fact, it was his idea.  It wasn't a regular shower night.  It was a Saturday.  We hadn't done anything exceptionally active that would make him stink anymore than an 8 year old boy usually stinks.  We weren't going anywhere fancy the next day that he needed to be clean for.

Yet, Desmond, of his own accord, comes into the bedroom and says to Kim and me, "I think I am going to take a shower.  It helps me rest."  He then proceeded to take about a half hour long shower.

This happened shortly after we got back from seeing Wonder Woman.

I'm sure it's unrelated. 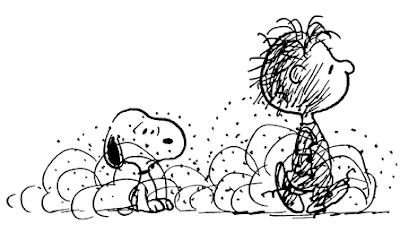 Email ThisBlogThis!Share to TwitterShare to FacebookShare to Pinterest
Labels: Desmond, Life with a kid