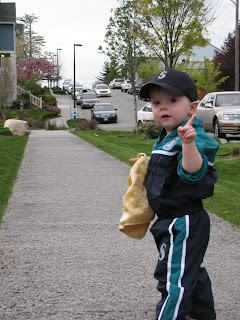 On the way to the ballpark. 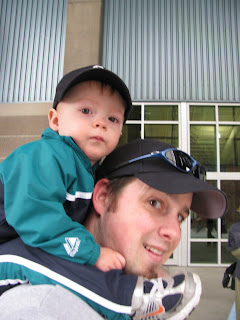 With our friend Duncan's mom...Mrs. Andie. 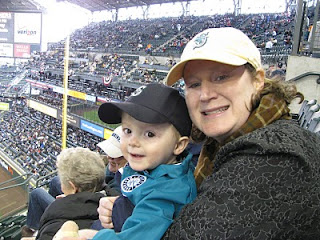 With Mr. Kevin and Duncan. 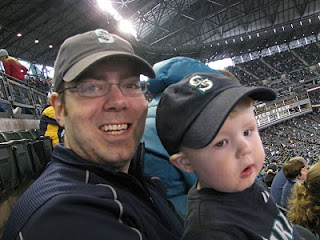 Death Cab for Cutie...for my parents and my grandpa: that's a band. They're famous and from Seattle.  Apparently, the lead singer is a big M's fan. 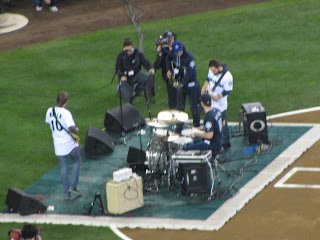 He did much better this year. No crying during fireworks. 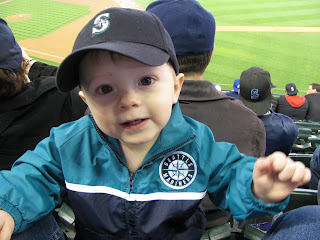 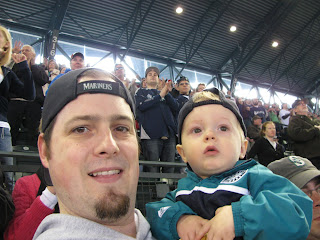 Sitting in Mommy's seat since she was late. 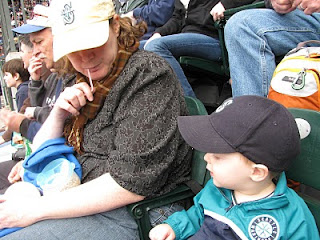 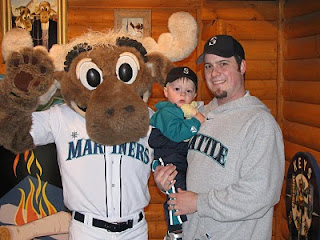 And he NEVER dropped BUBBA! I am so proud!

And notice he's saying "We're #1" in the first picture. He obviously was not referring to Grandma's Dbacks...