Our trip to the Oregon coast...OR...Desi is forever traumatized

A while back, we planned to take a 3 day weekend.  We booked a "beach" cabin at Rockaway Beach.  The plan was to take the kid and the dog and just hang out on the coast.

The trip was pretty "eh."  Not great, not terrible.

The house itself was nice.  No complaints there.  Except the bed.  Both my and Shaundar's neck and back are in need of a massage.  Bed sucked.  But...there was a hot tub.  This help ease some of the morning pain.

We spent some time at the beach, but not as much as we would have wanted.  Primarily because Desi just wasn't in to it.  It was windy and the ocean was loud.  As we approached, he kept saying, "No, no, no."  We plopped him on the ground at one point, and he just kind of stood there, staring at the water.  Shaundar hiked him closer, but misjudged an oncoming wave.  Don't worry...not misjudged as in, "Oh, no!  A giant wave came in a took our baby out to sea!"  But, misjudged as in, "Oh no...that swooped up onto our feet and, now, Desi's pants are wet and he's mad."

Here is the result of that wave: 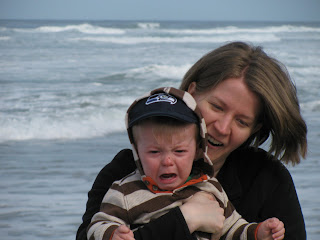 It wasn't all bad.  It was pretty relaxing.  I had connection to NOTHING, including cell phone reception.  This was annoying, at first.  But, probably a blessing in disguise.  The hot tub was super nice.  Shaundar and I are thinking about spending next years vacation budget on one for our yard.  Although, I think the HOA might have a few things to say about that.
That's about it.  Pricey, and probably not worth what we paid, over all. But, it was good to get away.
Have we told you we're going to Mexico in September?!  Hopefully, we won't get shot.
Here are a few more pics from the weekend: 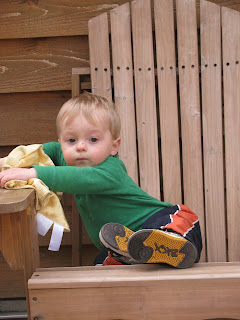 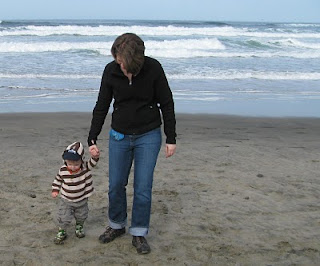 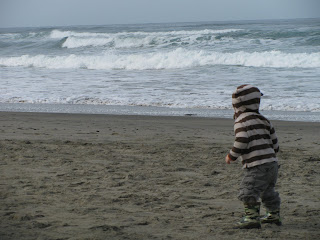 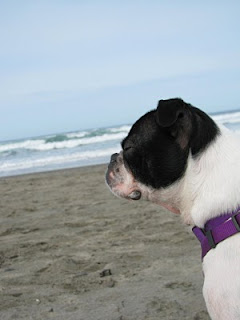 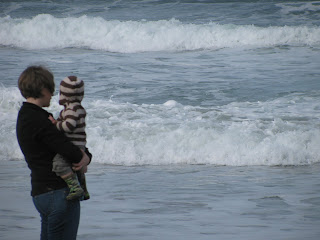 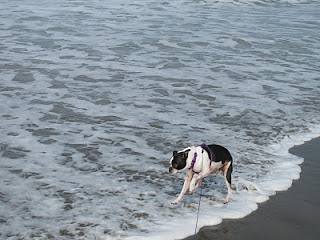 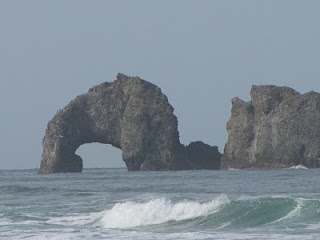 I think daddy should get on his knees (at Desi's eye level) and see what a big wave looks like coming at him...a wave, which I might add, he's never seen before in his life...and have daddy laughing and taking his picture while he's recovering from the scare.

Don't worry Desi - grandma's on your side on this one!