Baseball season is in full swing, again. And, my team is actuall showing a lot of promise, this year!

I became a Mariners fan in 2001 and I have attended every Mariners Home Opener since 2002. This year, Desi went with! And...He hated it!!!

We arrived a bit early to watch the ceremonies before the game. Off topic a bit, I found humor in the "rules" sign on the bus. Here it is. Can you see what's funny (you may need to click to enlarge in order to see better)? 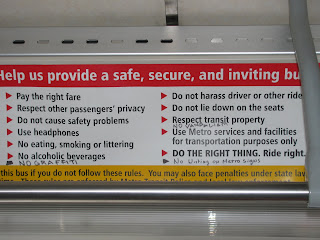 I quickly learned that Desi hates fireworks. They went off for every starting player. Each one made Des jump and start crying.

Also...Safeco Field is right next to the train tracks. Trains frequenly toot their horns while passing by. Desi hates this too.

Oh, and Desi hates really loud cheering which is commen in a sold out park on Opening Day.

He was all dressed up in his Mariners gear: 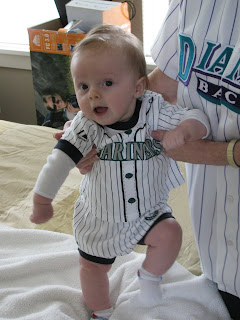 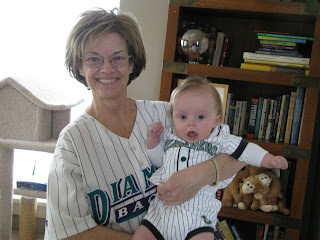 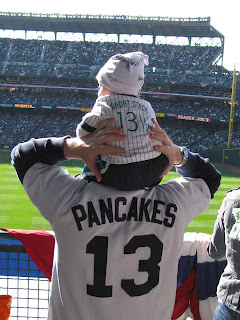 For the record, Pancakes is a nickname I was given at work. Desi is now nicknamed Short Stack.

Here are Andie, Kevin, and Duncan...friends from our PEPS group: 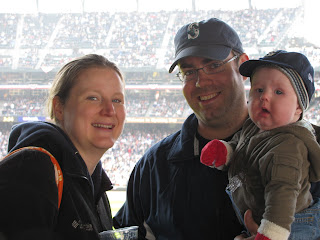 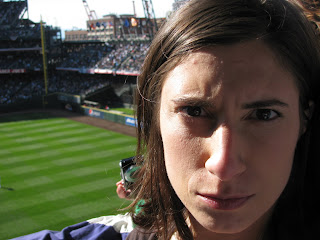 Like the rest of Seattle... Desmond was SUPER excited about the return of Ken Griffey, Jr. I made sure to catch his reaction as Jr. made his first hit at Safeco Field since returning as a Mariner. Here it is: 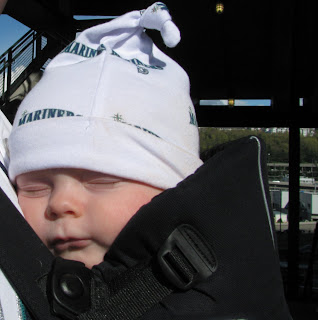 Clearly, the babies weren't digging the baseball action, so we decided to retreat to a nice little family restauarant on Lake Union: 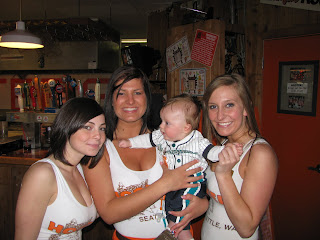 So...Opening Day wasn't all I was hoping it would be. But, it was fun. Mariners beat the Angels and are currently in 1st Place!!! We left at about the 6th inning because the babies were antsy and hungry and just generally mad at us for dragging them along. Still...baseball with my baby...priceless!
Go Mariners!
- April 14, 2009

Rub it in!! Angels will prevail!!