Why dating a single dad is smart.

I came across this article on the Huffington Post today.


You know...I had a ton of fears about dating after my marriage failed.  After all...I had never really dated before.  Like...ever.  Women are scary, man.

And, I have a kid to throw into the mix!  While my kid is super awesome and anyone who disagrees is clearly dumb, I understand that children are baggage that some people don't want to have to help carry.

But, now that I have picked myself up and started to put myself out there a little bit, I came to realize a couple things, and this article helps prove it.  Single dads are awesome!  Well, unless they're jerks.  I'm not talking about dead beat single dads, mind you.  I am talking about involved single dads.  The ones that are ready to show you pictures and also ready to say no to a date because they are spending time that day with Jr.

So ladies...allow me to share with you some of my insights as to why you should date a single dad:

So there you go.  The rest of the pond is full of schmucks.  People are just after you for your money. 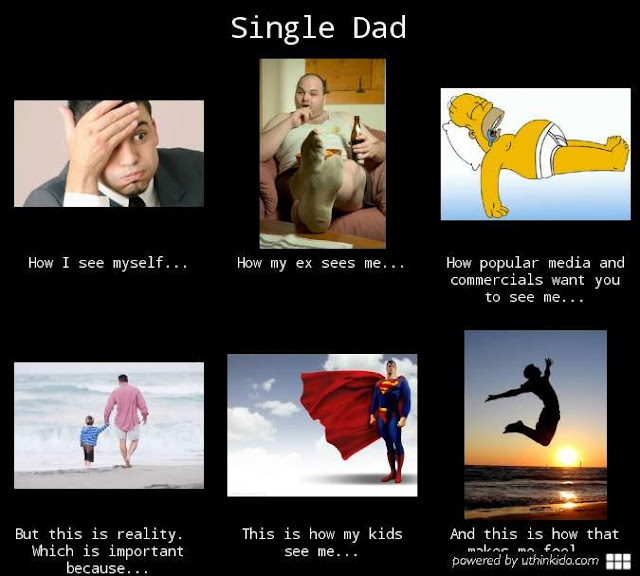